Christmas mince pies have been around for centuries and are a key part of Christmas celebrations in the UK. Although their exact origin is unknown, it is believed that they were first made in the Middle Ages. Traditionally, mince pies were made with a mixture of meat, fruit and spices, and were often served as a starter or main course at Christmas dinner. These days, mince pies are usually made with a fruit filling and are served as a dessert.

Mince pies have been a British holiday tradition for centuries. Although their exact origins are unknown, it is believed that they were first made in the Middle Ages. The pies were originally made with actual meat, hence the name “mince pies.” However, the pies we know and love today are made with a sweet filling of dried fruits, spices, and brandy.

Christmas mince pies are usually small and round, and are often served with a dollop of whipped cream or a scoop of ice cream. They can be bought pre-made from most supermarkets, or made at home from scratch.

Whether you enjoy them as a festive treat or not, there’s no denying that Christmas mince pies are a big part of British culture. So next time you take a bite of one, spare a thought for their fascinating history.

Mince pies have been a Christmas tradition in the UK for centuries, and are now enjoyed by people all over the world. Although the ingredients and methods of making mince pies have changed over the years, the basic concept of a sweet pie filled with dried fruit and spices remains the same.

There are many theories about the origins of mince pies, but the most likely explanation is that they were originally made with actual meat (usually beef, lamb or venison) as well as fruit and spices. This type of pie was known as a “mincemeat pie” and was popular in England from the 14th century onwards. However, by the 17th century, the meat had largely been replaced by suet (a type of beef fat), and the pies had become sweeter and more dessert-like.

Today, mince pies are usually made with sweetened, finely-chopped dried fruit, spices and either suet or butter. Some recipes also include fresh fruit, such as apples or citrus peel. The pies are traditionally baked in small, shallow dishes and served warm with cream, custard or brandy butter.

Whether you enjoy them as part of a traditional Christmas dinner or simply as a festive treat, mince pies are a delicious part of the holiday season.

The Origins Of The Christmas Mince Pie

The Christmas mince pie has its origins in the medieval mince pie, a small pie traditionally made with a mixture of meat, fruit and spices. The mince pie was originally known as a “minced pie” or a “mincemeat pie”. The name “mince pie” first appears in print in the sixteenth century, though the pies were probably around long before that.

Mince pies were originally made with a mixture of beef, mutton, suet and spices. The pies were small and could be easily carried in a pocket, making them ideal for hunting and travel. Over time, the pies evolved and the meat was replaced with a mixture of dried fruits, sugar, spices and brandy. Today, mince pies are made with a variety of different ingredients, but the traditional fruit and spice filling is still the most popular.

Mince pies are a Christmas tradition in many parts of the world, but they are especially popular in the United Kingdom. Every year, millions of mince pies are eaten in the UK, and they are often served with a dollop of cream or a glass of mulled wine. So next time you tuck into a mince pie, remember its humble origins and think of all the history that’s been baked into this delicious treat.

Who Invented The Christmas Mince Pie?

Mince pies are a traditional Christmas treat in the United Kingdom, and are thought to date back to the 13th century. The pies originally contained meat, but these days are typically filled with a sweet mixture of dried fruits, spices, and brandy. So, who invented the Christmas mince pie?

The Christmas mince pie is a British tradition that dates back to the 16th century. The earliest recipes for mince pies were actually quite savory, containing meat and fruit. It wasn’t until the Victorian era that the mince pie we know and love today, with its sweet filling of dried fruits, spices, and brandy, came into existence. The exact origins of the mince pie are unclear, but one theory is that it was created as a way to use up leftover mincemeat from the holiday feast. No matter its origins, the mince pie is now a key part of Christmas celebrations in the UK, and is enjoyed by people of all ages.

The Christmas mince pie is a British tradition that dates back to the 16th century. The pies are made with a filling of dried fruit, spices, and suet, and are traditionally served with a dollop of brandy butter. The pies are often associated with the festive season, and are often served at Christmas parties and gatherings.

The Evolution Of The Christmas Mince Pie

The humble mince pie has come a long way since its humble beginnings as a medieval meat pie. Today, the Christmas mince pie is a staple of the holiday season, enjoyed by people of all ages.

The modern mince pie can trace its origins back to the medieval era, when meat pies were a common sight on the tables of the wealthy. These pies typically contained a mixture of beef, mutton, suet and spices, and were often served with a sweet, fruit-based filling.

Over time, the meat pies fell out of favor with the upper classes, and became a more humble dish. The mincemeat filling also changed, and began to include less expensive ingredients such as dried fruits and spices.

As the mince pie evolved, it became a symbol of the holiday season. Today, mince pies are enjoyed by people of all ages, and are a cherished part of Christmas tradition.

The Christmas mince pie has come a long way since its humble beginnings as a simple pastry filled with meat and fruit. Today, it is a delicious holiday treat enjoyed by people of all ages. Whether you like your mince pies plain or with a dollop of cream, they are sure to bring a smile to your face this holiday season.

Why Are Mince Pies So Popular At Christmas?

Mince pies are a traditional Christmas treat that are enjoyed by people of all ages. There are many theories as to why mince pies are so popular at Christmas, but the most likely explanation is that they are simply a delicious and festive food that brings people together during the holiday season.

Mince pies are typically made with a sweet pastry crust and filled with a mixture of dried fruits, spices, and brandy or rum. This combination of flavours is incredibly festive and is sure to get you into the Christmas spirit!

If you’re looking for a delicious treat to enjoy during the holidays, be sure to give mince pies a try. You won’t be disappointed!

Thu Nov 17 , 2022
What Is The Recipe For George Strait’S Christmas Cookies? It’s no secret that George Strait loves his cookies, and he’s been known to share his recipes with fans from time to time. But his Christmas cookies are a special treat, and we’re here to find out just what makes them […] 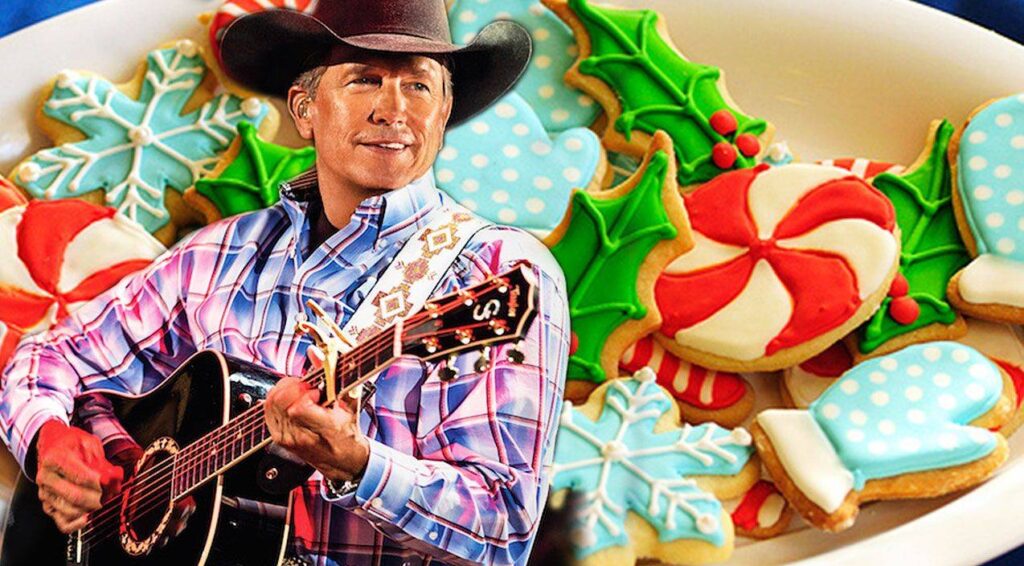